Note: Please vote in the Poll at the end of this post. YOU get to decide what I should write next! I also have a new “project” coming out on my blog very soon, which will be more creative writing but a tad different to The Kidnapping. Watch this space. Here is the long-awaited Chapter 4 of  my suspense/thriller eBook; The Kidnapping. Enjoy!

Don’t play games, kid. It won’t work with us 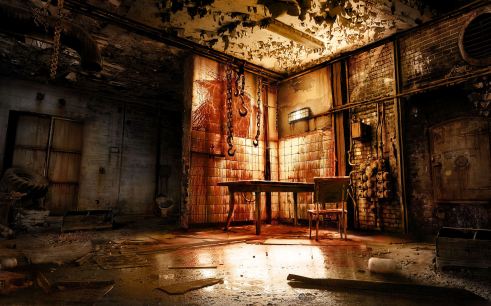 A few hours had passed since Piedro had left…The sun had risen and the heat was increasing rapidly. Jason was still hunched up, sitting against the very same wall that Piedro had slammed him against. His eyes were swollen with the lack of sleep and anxiety, yet he forced himself to be awake, almost to slow down the time. By this time, Drew and Arthur were taking it in turns to sleep on the bunks, and it was Arthur’s turn to sleep and Drew’s turn to keep guard of the hostage.

“Quit feelin’ sorry for yourself, kid…You should’ve kept your mouth shut from the beginning” said Drew, breaking the dry silence. Jason just stared at Drew with a blank look, failing to respond. “Want some?” offered Drew, unscrewing a bottle of crystal clear water, standing at the doorway, still keeping guard. Drew went up to Jason and handed him the bottle, knowing how thirsty he would be. Arthur started breathing heavily in his sleep, occasionally letting out an unhealthy snore, turning to face away from the other two.

“So you guys are his little bitches then eh?” asked Jason courageously, to which Drew replied with half a smile, almost as he had forgotten how to do a full one. “You’re a tough nut, kid…Why haven’t you tried to escape yet? We both know you could o’ done so when I was resting my eyes and my buddy Arthur was takin’ care of you” said Drew.

This got Jason’s attention fully and so he stood up, gulping down every droplet of water that was in the bottle. “Holly….How long do I have left?” asked Jason. “I’d say anything between now and six hours, depending on his mood” replied Drew, looking down shamefully. “She’s six years old man. You’re really going to let this happen? Sick bastards, the lot of you!” whimpered Jason, tearing up once again, leaning against the wall.

“Keep the noise down, kid. You’ll wake him up” said Drew, turning around, walking towards the doorway. “Beautiful day isn’t it?” he smirked. Jason followed him outside, limping due to the feeling of pins-and-needles in his leg.

“She looks beautiful in the sun don’t she?” said Drew, pointing towards the Chevrolet Malibu. “Word of advice kid, when the time comes, just take her and run.” he added, quietly. “Who, Holly?” asked Jason in confusion. “No…I’m on about her” replied Drew, once again pointing towards the dusty car.

Shocked, Jason eagerly asked “But what about Hol-”

“HOLD HIM!” interrupted Arthur, advancing speedily from inside the house, picking up a lead pipe from the ground. He paced towards where Jason was standing, and grabbed hold of him from behind, running the lead pipe across the front of his neck, in a perfect choking position. Jason tried to slither out of the hold, but his face was turning pale from the lack of oxygen, and his body once again weakening.

“It’s your turn now Arthur, I’m gonna kip” said Drew diluting the violent situation while walking past the two, back towards the property. “Let ’em go, he wants the kid alive, remember?” added Drew, looking back.

Arthur released the lead pipe from Jason’s throat and grabbed his arm and dragged him back inside where Drew now was. Jason was gasping for air once again, clutching his neck in desperation.

“Don’t play games kid, it won’t work with us” said Drew, glancing at the shelf to where he had put the broken Gameboy earlier and back at Jason, almost as if he was hinting at something.

Stay tuned for chapter 5, which will be released soon!