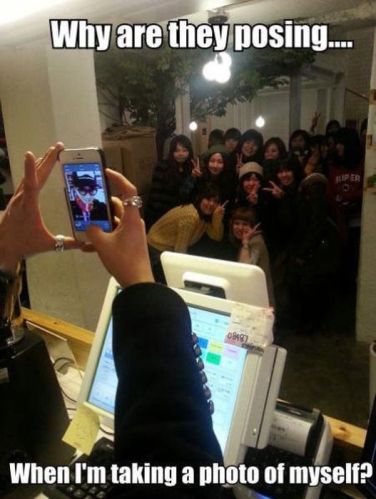 As we all know, the popularity of taking a picture of one’s self has seen a massive increase in popularity over the last couple of years or so and with apps such as SnapChat and Instagram a few taps away, I don’t see the trend declining anytime soon.

Let’s set something straight. Selfies do not bother me one bit.

Heck, I have taken a couple of photos of myself with my smartphone and whatnot. I don’t see any harm in doing so and looking in a mirror just doesn’t have that lasting effect anymore. It’s not like we can see ourselves through other means, ya feel me?

Any way, let me address my issue.

My issue is not with selfies themselves (title was a tad misleading, apologies), but rather with the people who supposedly take them.

I want this article and the knowledge contained within it to be spread across the world like how the Plague spread across Britain. (Okay, maybe not to that effect… but you get me. Right?)

Right, I do not know if anyone else has picked up on this or not but people are uploading pictures of themselves and labeling ’em as selfies… which is all fun and games, until you realise that they haven’t even taken the picture.

That’s right, I paid him a special visit. Oh Google.

The word ‘Selfie’ is defined as “A photograph that one has taken of oneself, typically one taken with a smartphone or webcam and uploaded to a social media website.”

You take a selfie yourself.

A picture taken by another individual, who is not in that particular photograph, does NOT constitute a selfie.